The wireless technology that we all use in our homes and businesses today first came out in 1999. Twenty years later, we’re finally entering the sixth generation of wireless. The different wireless versions go by names like 802.11b, 802.11n, and 802.11ac, and let’s be real, this Wi-Fi alphabet soup was getting a little muddled for most of us. The IEEE (Institute of Electrical and Electronics Engineers), which is the group that helped establish wireless standards, has made it easier to understand what generation of wireless your specific device is equipped with. The sixth-generation we mentioned previously is technically called 802.11ax, but if you’re not into digital acronyms, the less formal name is Wi-Fi 6. And our new ALLO Blast router is powered by Wi-Fi 6.

Wi-Fi 6 is the most significant jump in wireless technology that we have seen since the Wi-Fi standard debuted 20 years ago. Wi-Fi 6 borrows a ton of features that were previously only used in the cellular (yep, that phone you don’t use as a phone) industry. Hold onto your hats, folks, it’s about to get technical. The ALLO Blast router is bringing big improvements to your Wi-Fi experience including: 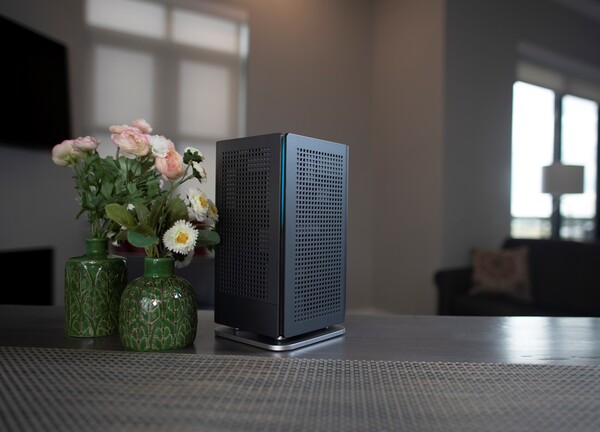 Let’s dive right into the nitty-gritty of why the ALLO Blast router and its Wi-Fi 6 compatibility are so amazing. OFDM or Orthogonal Frequency Division Multiplexing is a complicated mouthful of a term used to describe older generations of Wi-Fi. In this old-school Wi-Fi standard, a single wireless channel could be split up and multiple devices could receive data, think Netflix or an email from Grandma, at the same time.  Here’s the downside with OFDM: each device had a dedicated subcarrier, and while the machine was using that subcarrier another device could not.

Picture a four-lane highway where only one vehicle can drive in each lane at any given time. It could be a bus transporting 60 people, or a motorcycle carrying just one, but while those vehicles were in that lane, nobody else could get on the road or even change lanes. OFDMA, utilized in the cellular industry for years, is now coming to your home. The critical A at the end improves the acronym from Multiplexing to Multiple Access which is crucial. Newer Wi-Fi 6 access points (hey, have we mentioned the ALLO Blast yet?), can now assign multiple “cars” to those lanes. So instead of a single car you could have a bus, a motorcycle, and a vehicle all in the same lane, one right after the other, spread across all four lanes. This can be a slightly nerve-wracking scenario during rush hour but it’s the throughput we all need in our homes and businesses as we continue to add tablets, smartwatches, thermostats, sprinkler systems, video monitoring, and more to our Wi-Fi networks.

According to a study from NewsCred, the average person spends about 37 seconds reading a blog. We understand our audience has potentially most definitely dropped drastically at this point. We also think if you’re still with us, you dig this technical vernacular, so let’s keep digging.

The predecessor to Wi-Fi 6 was, you guessed it, Wi-Fi 5 (802.11ac) and it included 4×4 MU-MIMO. Technically that’s good but, it was only downstream (meaning from the access point to the client) and would only work in the 5 GHz band.

With Wi-Fi 6, you get UL MU-MIMO (Upstream direction from the client to the access point), eight clients instead of four, support for 20 Mhz-only clients, and it works with both the 2.4 and 5Ghz band, so low-cost IoT devices can now utilize this technology as well. Translation: more devices will be able to reap the Wi-Fi 6 benefits moving forward, even your old laptop from college. The improvements to MU-MIMO compliment OFDMA and deliver a vastly improved overall performance.

If you think about this as a highway, with Wi-Fi 5, you had a road with four lanes going from your router to devices within your home. Each lane could go to a different device, or if your device supported it, multiple lanes of traffic could go to a single device, making it faster to transport data.  But, from your device TO your router, there was only a single lane.

With Wi-Fi 6 that four-lane highway has doubled to 8 lanes, and those eight lanes can be used to go to up to 8 devices or all eight lanes to a single device.  And forget that old country road that was connecting your devices to your router, those devices will also be able to merge onto this brand new eight-lane superhighway. 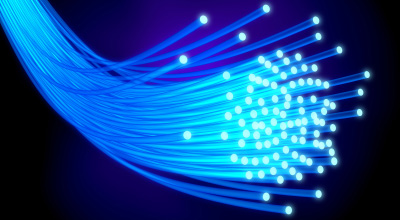 Until now, wireless has been a bit of a free-for-all. Your device had to constantly listen and wait for data to be sent from the access point. This isn’t a big deal for devices that can be plugged into a power outlet, but if you are using a battery-powered device like an iPad or kindle this can take a lot of energy. The ALLO Blast gives you a feature called Target Wake Time and it helps your devices better communicate with the access point. Instead of constantly reaching out to the access point for updates, your iPad can say, “Hey, I only need to send data every 30 minutes, so I’m going to bed.” And the access point turns off the lights and quietly closes the data door. If something needs to be sent ahead of those 30 minutes, a series of messages are sent out, like an alarm clock without a snooze button, and the device wakes up.

Most of the time, your device won’t need to wake up and will stay asleep until it hits its 30-minute window when it wakes up, sends and receives the data it needs, and goes back to sleep.  In lab tests, this has shown to improve battery life by as much as 67%. Target Wake Time keeps your Wi-Fi working efficiently and your charging cords hidden away in the junk drawer where they belong. 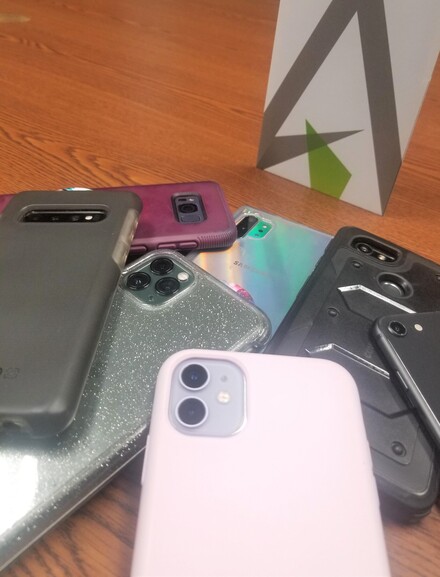 To wrap things up, we’re going to take our nerdy by nature reputation to the next level with 1024-Quadrature Amplitude Modulation(QAM). By varying the amplitude and phase of a wireless signal, you can send more data over a wireless connection over a given amount of time. Adding this capability into Wi-Fi 6 allows for up to a 25% improvement in data throughput!

Think of Wi-Fi 5 (256 QAM) as a family car; it can carry up to five people at a time from Router City to Device Drive.  But if you have a lot of people who need to get to Device Drive it’s going to take a lot of cars to get there.  Enter Wi-Fi 6 (1024 QAM); it’s an SUV and can carry seven people all at once which means fewer cars required to get all those people where they need to go.

The picture below shows two wireless phases. Even if we went way back to the very first stage of wireless technology, it wouldn’t look like this. Consider it the most insanely simplified wireless visual aid. Fast forward to Wi-Fi 5, this graph would have an additional 256 colored lines all spaced out to avoid overlapping. 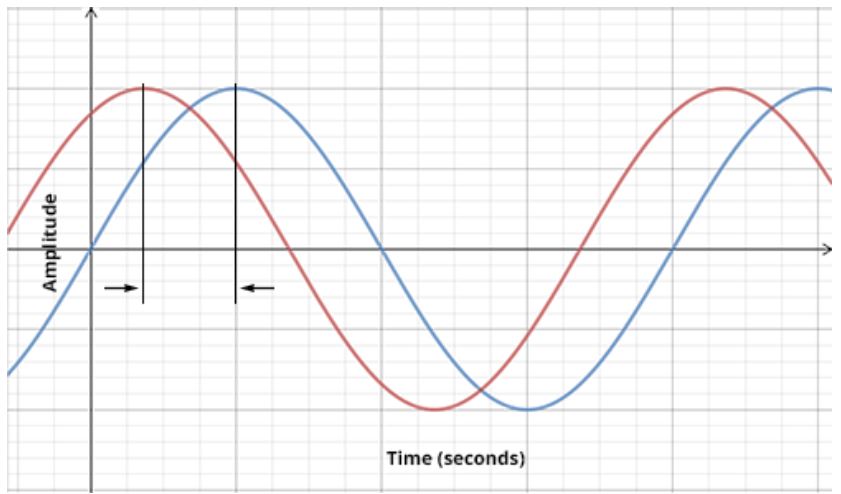 A connection using Wi-Fi 6 would include 1024 different lines and we tried to create one for you but it looked like this.

Regardless of shameful visual aids, here’s what you need to know about Wi-Fi6:

Our goal at ALLO is to serve our customers and one of the best ways to do that is to be way ahead of the curve when it comes to technology. We’re thrilled to introduce the Blast router and Wi-Fi 6 capabilities to our lineup of next-generation equipment. If you’re interested in making your home or business future-fit: visit our Wi-Fi experience page or give our local team a call at 866-481-2556.

And since you made it all the way to the end of this extensive blog, your reward is having the knowledge and Wi-Fi 6 wherewithal to answer this question like a fiber boss: