ALLO was the presenting sponsor at this year’s Lincoln Calling Festival. We love being able to invest in our communities and help make incredible events like Lincoln Calling happen. Being local and involved are values that resonate company-wide so it’s no surprise we had quite a few employees attend the festival. One such ALLO music-lover was Lincoln Field Operations manager Frank.

To give you a little background on Frank and his love of music, he bought his first album, a 12″ vinyl in 1982. Pre-iTunes and pre-CD, these were the days of 8 tracks and he says cassettes were all the rage. “I liked vinyl over cassettes because the sound was much clearer. Prince’s 1999 hooked me for life.” More than just a music fan, Frank is also a musician. He started off singing, mainly blues and rock, later learned to play guitar and dabbles with many other instruments as well. “The best part of living in Lincoln is the music-scene. I can’t believe the amazing artists that come through here on a regular basis!”

Frank is a dedicated concert-goer. He explains, “I love the anticipation at concerts, excitement, adrenaline, and a group of genuinely happy people. You can’t can’t beat that atmosphere.” He entered the festival with an open mind, ready to see new music, art, and innovation across the board. 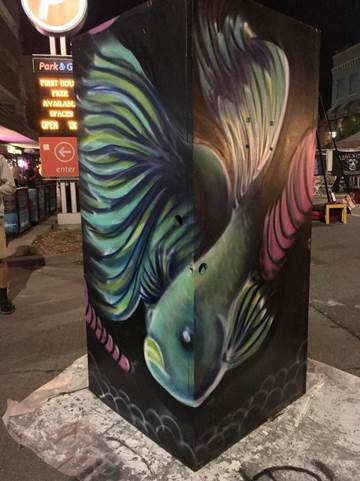 It would be impossible to list all his favorites but he told us two bands really stood out to him. He saw Evan Bartels and the Stoney Loneseomes at Duffy’s Tavern and loved their “good old-fashioned blues, soulful riffs, and great vocals!” Frank said JAGAJA also made a big impression when he saw them at Zoo Bar. “This indie/pop/rock band is just a flat out blast to watch, good laughs, and good music with these guys.” 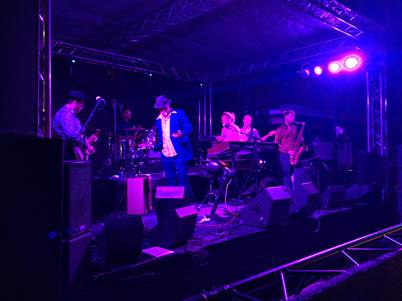 Many thanks to Frank for his Lincoln Calling review, photos, enthusiasm, and all he does to keep ALLO awesome each day!